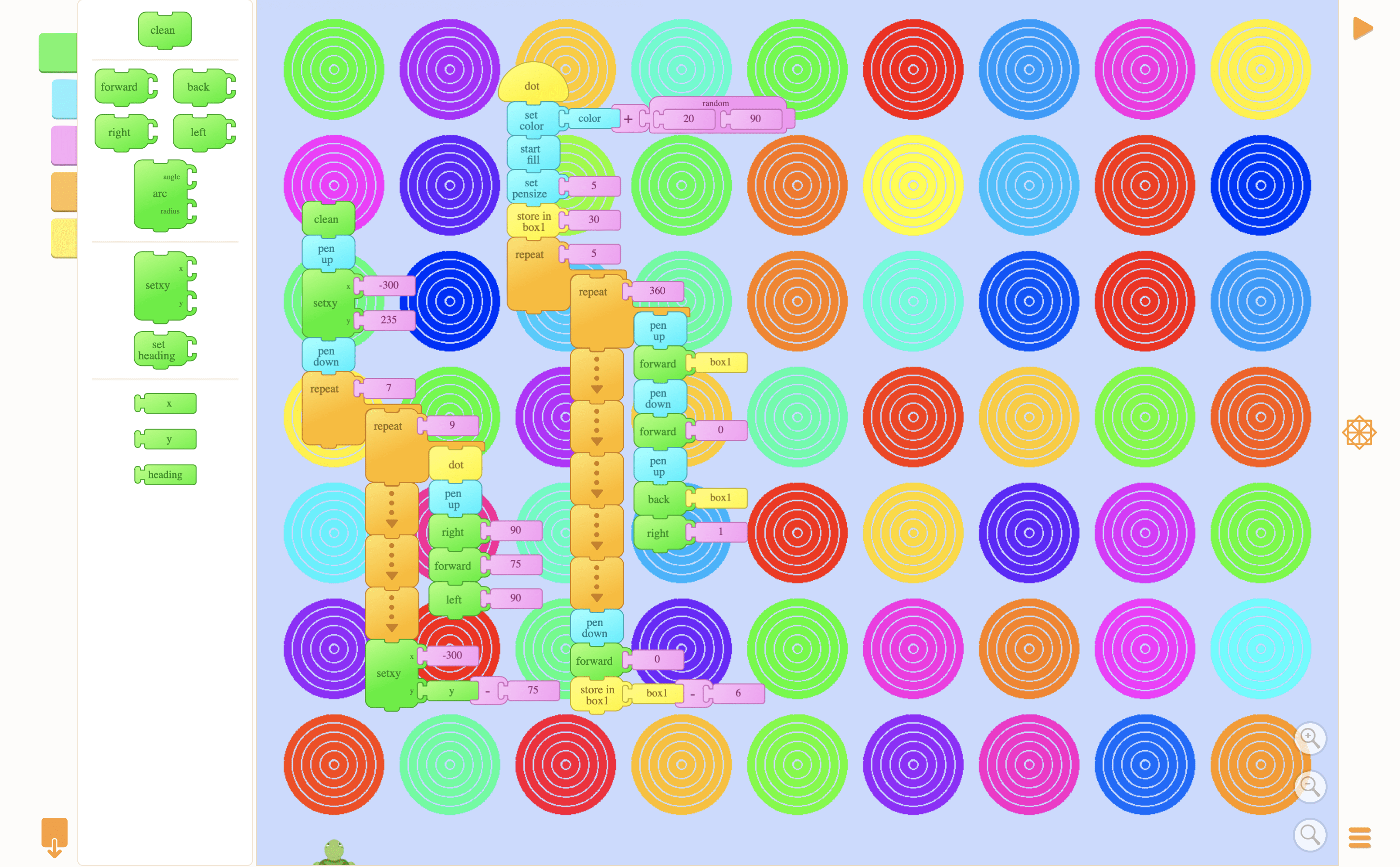 Despite the debilitating chaos of the COVID-19 pandemic, exciting progress was made in producing new programming environments for learners. The following is a round-up the latest news, opportunities, and learning environments for you and your students.

You’re likely aware that TurtleArt is our favorite software environment for introducing kids and teachers to computer programming and thinking mathematically. Until now, it has been available for Mac, Windows, Linux, and the iPad. That has left Chromebook users, who let’s face it – have suffered enough, out in the cold. The good news is that Brian Silverman, Paula Bonta, and Artemis Papert have created a Web-based version of TurtleArt that runs anywhere and on any platform via the browser. The software is in beta, but seems to work swell. You can drag Mac or Windows TurtleArt programs right into TurtleArt for the Web and the graphics load with their code ready to be run or edited. They have even included the ability to save your art as an SVG file – all ready for 3D printers, vinyl and laser cutters.

We’re excited that we can now use TurtleArt in a workshop setting without having the ridiculous expectation that adult educators would be allowed to install software on their own computers. (Far too many IT departments treat the educators they work for like infants or felons)

There has been a major upgrade to  MakeCode, the popular block-based programming environment for the micro:bit and similar programmable microcontroller development boards. The most obvious improvements are new music blocks, collapsing/expanding blocks, a code debugger, and the ability to save and download new programs to your hardware without dragging and dropping (Chrome browser only). The last is a bit of a big deal “borrowed” from microBlocks.

If you’ve been in one of our workshops over the past year or so, you’ve seen the super cool microBlocks software for programming the micro:bit and other Internet of Things devices in the natural way children expect microcontrollers and computers to get along. microBlocks has improved greatly and Make published a terrific article about what the software created by the designers of Snap!, Scratch, Hummingbird, and Snap4Arduino can do.

“MicroBlocks downloads your code as you write it. When you like what your program does, just unplug the board and you’re good to go. Make a game, a fitness app, or light-up clothing that goes wherever you do.”

The “live” coding of the hardware from within microBlocks is a big deal. Change your program and the result appears automatically. They’ve also done a lot of work to make it possible to use a micro:bit as a collector of data which may then be analyzed or manipulated on a computer.
Give microBlocks a play!

Snap! is a block-based programming environment that runs in the Web browser. It looks like Scratch and can even run Scratch projects, but it offers all sorts of power that makes Snap! a terrific environment for engaging in advanced programming projects and learning computer science. It is the basis for the A.P. Computer Science Principles course, The Beauty and Joy of Computing. Recently, all sorts of new features have been added to Snap!, along with an online collaborative library. 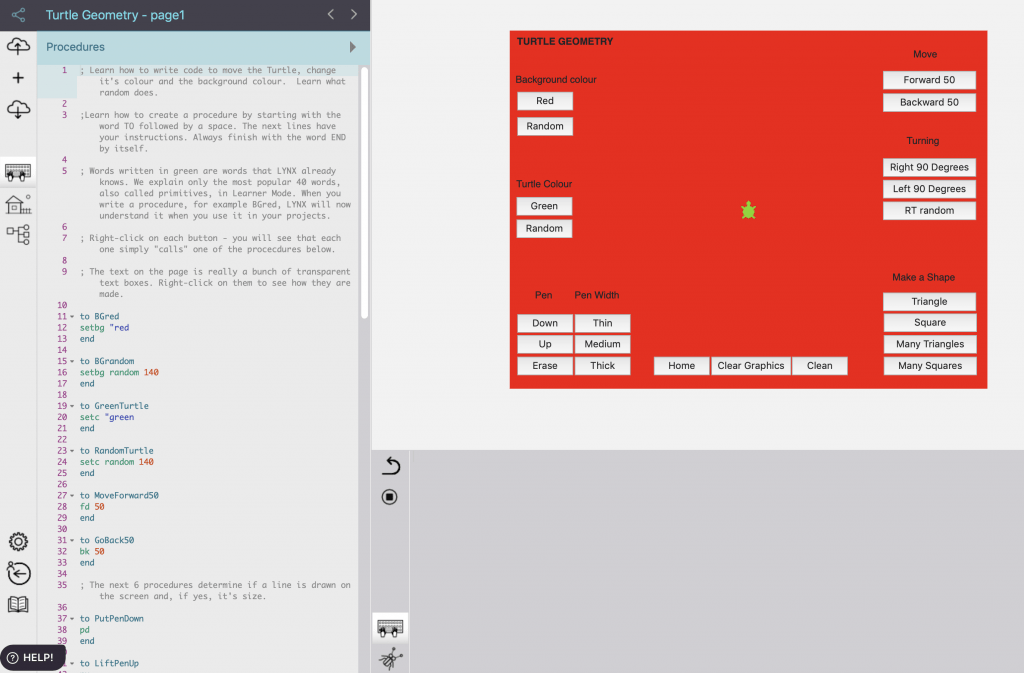 Logo on the Web via Lynx

Love Logo as much as we do? Tired of block-based programming? LCSI, the folks behind Apple Logo, LogoWriter, and MicroWorlds have created a Web-based version of MicroWorlds called, Lynx. It is a full multimedia, multi-turtle Logo, complete with words and lists, global and local variables, text, graphics and animation. I hate that the procedures have line numbers (a small annoyance they argue aids with debugging), but otherwise Lynx is pretty great. You can even embed your interactive projects in web pages and blogs. 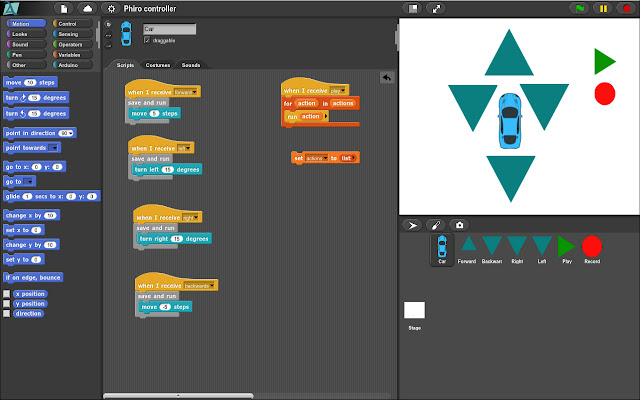 If you’re an Arduino user, Snap! for Arduino may make the powerful microcontrollers accessible to a diverse student population and create projects that live in the physical world and on the screen. The free block-based software has been recently upgraded. 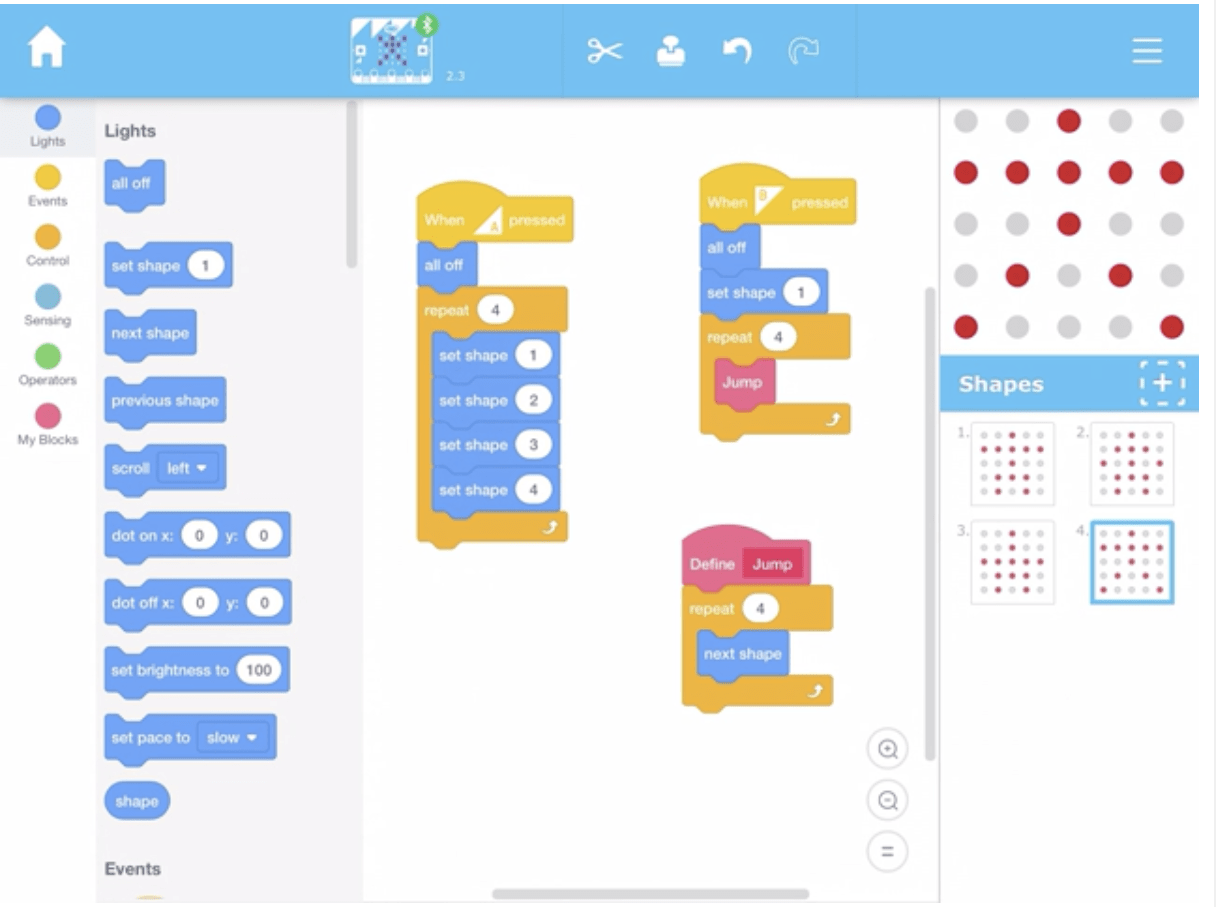 Art:bit for Chromebooks or iPads

The creators of TurtleArt created Art:bit for Chromebooks and iOS.

From their web site…

“Using the microbit as a high tech flip book, art:bit is an app that helps the user create imaginative LED animations. Designed primarily to help young students learn the basics of programming and animation, art:bit uses a block based programming language that’s based on Scratch. The user can create virtually any kind of animation using these blocks and the in-app editor that allows them to create various shapes with the LEDS.”