Preeminent Investigative Journalist to be Featured at Constructing Modern Knowledge 2019 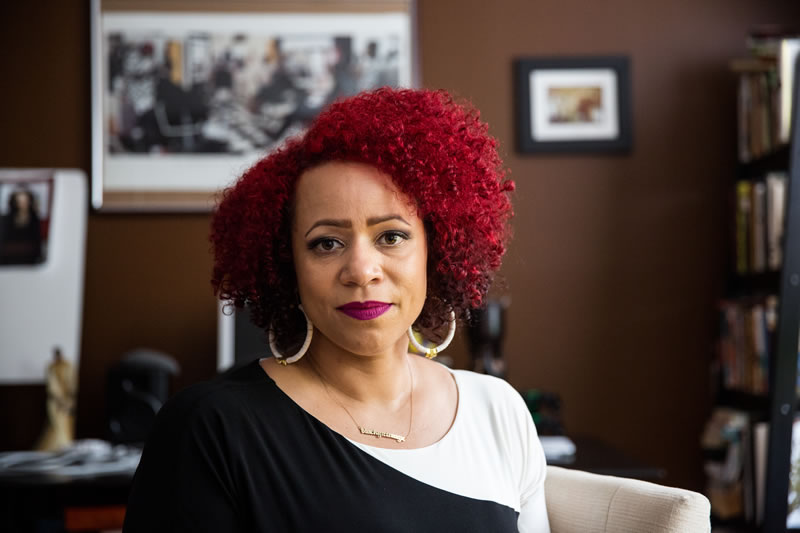 Nikole Hannah-Jones was named a 2017 MacArthur Genius Grant Fellow (one of only 24 people chosen, globally) for “reshaping national conversations around education reform” and for her reporting on racial re-segregation in our schools. This is the latest honor in a growing list: she’s won a Peabody, a Polk, a Chancellor, and, in 2017, a National Magazine Award for her story on choosing a school for her daughter in a segregated city.

Nikole Hannah-Jones covers racial injustice for The New York Times Magazine, and has spent years chronicling the way official policy has created—and maintains—racial segregation in housing and schools. Her deeply personal reports on the black experience in America offer a compelling case for greater equity. She has written extensively on the history of racism, school resegregation, and the disarray of hundreds of desegregation orders, as well as the decades-long failure of the federal government to enforce the landmark 1968 Fair Housing Act. She is currently writing a book on school segregation called The Problem We All Live With, to be published on the One World imprint of Penguin/Random House.

Her piece “Worlds Apart” in The New York Times Magazine won the 2017 National Magazine Award for “journalism that illuminates issues of national importance” as well as the Hillman Prize for Magazine Journalism. In 2016, she was awarded a Peabody Award and George Polk Award for radio reporting for her This American Life story, “The Problem We All Live With.” She was named Journalist of the Year by the National Association of Black Journalists, and was also named to The Root 100. Her reporting has also won Deadline Club Awards, Online Journalism Awards, the Sigma Delta Chi Award for Public Service, the Fred M. Hechinger Grand Prize for Distinguished Education Reporting, the Emerson College President’s Award for Civic Leadership, and was a previous finalist for the National Magazine Award.

Hannah-Jones co-founded the Ida B. Wells Society for Investigative Reporting with the goal of increasing the number of reporters and editors of color. She holds a Master of Arts in Mass Communication from the University of North Carolina and earned her BA in History and African-American studies from the University of Notre Dame. For the Institute for Advanced Journalism Studies, she investigated social changes under Raul Castro and the impact of universal healthcare on Cuba’s educational system. She was also selected by the University of Pennsylvania to report on the impact of the Watts Riots for a study marking the 40th anniversary of the Kerner Commission report, 2007. Along with The New York Times, her reporting has been featured in ProPublica, The Atlantic Magazine, Huffington Post, Essence Magazine, The Week Magazine, Grist, Politico Magazine, and on Face the Nation, This American Life, NPR, The Tom Joyner Morning Show, MSNBC, C-SPAN, Democracy Now, and radio stations across the country.