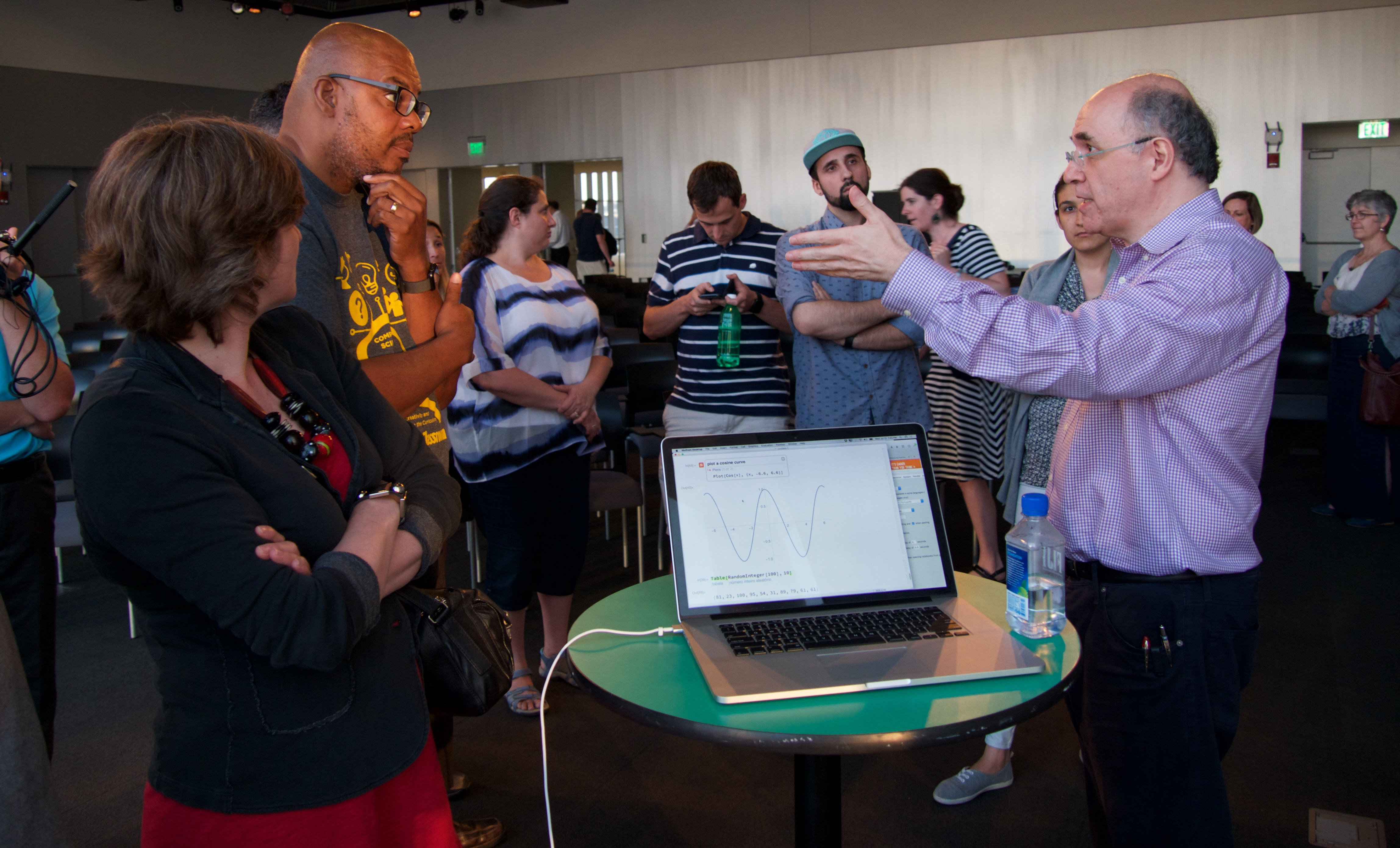 One of the most rewarding aspects of Constructing Modern Knowledge is the ability to work with some of the world’s leading educational technology experts on personal project development. 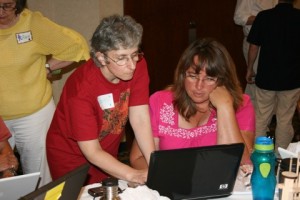 Cynthia Solomon, Brian Silverman, Gary Stager, Brian C. Smith, Sylvia Martinez, Cathy Helgoe, Josh Burker, Jaymes Dec, and Amy Dugré have unrivaled experience and expertise teaching and learning with computers. Cynthia was one of the three people responsible for creating the Logo programming language over forty years ago and Brian Silverman is a master learner who has created many of the world’s most popular construction environments for learning since the late 1970s. This firepower is in addition to the amazing guest speakers featured at CMK 2020!

Senior Fellow: Constructing Modern Knowledge
Dr. Solomon directed the creation of educational materials for the One Laptop Per Child Foundation. She is a pioneer in the fields of artificial intelligence, computer science and educational computing. In 2016, Cynthia was presented with the Pioneer Award from the National Council for Women and Information Technology.

50 years ago while at Bolt, Beranek & Newman, Cynthia, along with Seymour Papert and Wally Feurzig created the first programming language for children, Logo.

She was Vice President of R&D for Logo Computer Systems, Inc. when Apple Logo was developed and was the Director of the prestigious Atari Cambridge Research Laboratory.

Dr. Solomon has maintained a long relationship with the MIT Media Lab and the One Laptop Per Child Foundation in addition to her teaching, consulting and scholarship.Her doctoral research at Harvard led to the publication of the critical book, Computer Environments for Children: A Reflection on Theories of Learning and Education. Cynthia Solomon is also the co-author of Designing Multimedia Environments for Children, with Allison Druin.

Cynthia Solomon’s archive of classic videos about learning and computers, Logothings, may be found here. 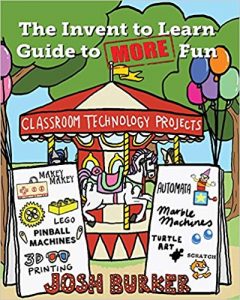 Josh taught and worked in technology in both public and private schools for the past 18 years. He writes books and consults on educational projects that he finds inclusive and disruptive.

During the 2015-16 school he established an after school Logo programming club encouraged inner city students to create knowledge about Logo programming, fabrication, electronics, and art. The students programmed algorithmic designs; created t-shirts from their work; learned how to use and maintain a 3D printer; transformed their designs from digital to 3D printed artifacts; assembled the electronics for a Logo-based robot; 3D printed the robot’s “body”; and launched in depth mathematical explorations as they created beautiful ink drawings from their procedures.

Additionally, Josh led Horizon National’s implementation of a LEGO Community Fund grant to implement LEGO, play-based learning, and STEAM concepts into Horizon’s summer curriculum for K-5. Josh’s projects have been published in Make Magazine as well as in RED, a Spanish education journal. Josh is interested in culture jamming, making sounds, Logo programming and the LogoTurtle robot, and 3D printing.

Brian Silverman– 1th year
Since the late 1970s, Brian Silverman has been involved in the invention of software learning environments for children. His work includes dozens of Logo versions (including LogoWriter & MicroWorlds), Scratch, Turtle Art, LEGO robotics and the PicoCricket.

An incomparable presenter, Brian is a Consulting Scientist to the MIT Media Lab, a brilliant mathematician, computer scientist and master tinkerer. He once even built a tic-tac-toe playing computer out of TinkerToys.Recently, Brian’s computer archeology “hobby” has garnered quite a bit of attention:

His article, “What I Did On My Three Summer Vacations,” will help you understand why Brian is an indispensible part of Constructing Modern Knowledge!

Artemis is a multifaceted artist. She specialises in healing arts and in visual arts. She creates images with both traditional media and digital media, making art with code.

Tracy Rudzitis – 11th year
Tracy is a veteran educator who spends her days working with students and helping them with their awesome projects.

Tracy’s goal is to provide an opportunity and a space where students can explore ideas in ways that are meaningful to them, use a variety of tools, materials, media, and make things with the innovation and creativity that middle school students are famous for. Tracy also volunteers her time with several after school and weekend coding clubs for kids in the NYC area.

Tracy was named one of “20 Educators to Watch” by the National School Boards Association and is a Senior Fab Learn Fellow at Stanford University.

Jaymes Dec – 7th year
Jaymes Dec is a technology teacher in Marymount’s Upper Middle School. After graduating from the Interactive Telecommunications Program at NYU, Jaymes was the Program Manager at a National Science Foundation program for high school students from the South Bronx that taught science, technology, engineering, and math skills through classes on sustainable design and green technologies.

Jaymes is a co­founder of The NYC Makery, a community makerspace for children in Gowanus, Brooklyn. He is on the Board of Directors of the Nerdy Derby, an education non-profit that organizes creative design challenges for children. Jaymes is an Adjunct Professor at Teachers College, Columbia University in the Creative Technologies Certification Program.

He is the coauthor of Make: Tech DIY: Easy Electronics Projects for Parents and Kids. Jaymes was named a “Teacher of the Future” by the National Association of Independent Schools and a Senior Fab Learn Fellow by Stanford University.

​Amy Dugré has been teaching for more than 20 years. She began as a multi-age elementary classroom teacher in the early 90’s and has taught students from early-childhood through Master’s candidates throughout her career. In 1998, she joined the world of school administrators, from which she spearheaded transitions to 1-1 laptop programs ensuring seamless integration of technology in the curriculum, pioneered in-house professional development programs, lead STEAM-based faculty outreach programs, and has designed and implemented maker spaces, innovations labs and STEAM classrooms in both private and public schools. She is currently the Director of Curriculum Innovation and Technology at the International School of Düsseldorf in Germany.

Anne Nelson is the principal of Spensley Street Primary School, in Melbourne, Australia, where she has worked for many years to foster child-centred learning programs.

Spensley Street is an open plan, multi-aged school with a strong and inclusive communityand where students have regular opportunities to choose from a range of learning experiences based on their individual interests. For a number of years the school program has included a Tinkering Club and it has hosted a Chapter of the Imagination Foundation.

Spensley Street has recently been successful in gaining government funding to establish a Maker Space at the school and Anne is looking forward to working with all of the fabulous educators at CMK.

Schuyler St. Leger is an engineer and young maker on a quest for knowledge. His interests include 3D printing, electronics, computers, software programming, robotics, software defined radio (SDR), and technical innovations, on which he regularly speaks and teaches. Schuyler dabbles in many software and hardware technologies including 3D CAD tools (Autodesk Inventor and 123D, SketchUp, and SolidWorks), LabVIEW, MATLAB, Processing, Scratch, Linux, Arduino, LEGO Mindstorms, Python, Java, and GNU Radio, but also knitting, crocheting, sewing, cooking, and baking. He enjoys designing and making things as well as taking apart nearly everything to understand the details of how they work. He shows his projects at various maker events worldwide.

Sylvia Martinez– 13th year
Sylvia Martinez is the co-author of Invent to Learn: Making, Tinkering, and Engineering in the Classroom, known as the “bible” of the classroom maker movement. She is a veteran of interactive entertainment and educational software industries, with two decades of design and publishing experience. She is currently president of Constructing Modern Knowledge Press and Constructing Modern Knowledge, LLC, and is the director of the FabLearn Fellows program out of the Transformative Learning Technologies Lab at the Stanford University Graduate School of Education.

Prior to that, she was president of Generation YES, a non-profit dedicated to empowering students. Sylvia oversaw product development, design and programming as Vice President of Development for Encore Software, a publisher of game and educational software on PC, Internet and console platforms. Sylvia was also involved in the company’s Internet initiatives, including Math.com, the award-winning web site that provides math help to students worldwide.For seven previous years,

Sylvia has been a featured speaker at national education technology conferences in areas ranging from the maker movement in education, student leadership, project-based and inquiry-based learning with technology and gender issues in science, math, engineering and technology (STEM) education.

She holds a Master’s in Educational Technology from Pepperdine University and a bachelor’s degree in electrical engineering from the University of California, Los Angeles. Read Sylvia’s popular blog here.

Brian C. Smith– 11th year
Brian C. Smith is a teacher at Hong Kong International School. Before that he was an Instructional Technology Specialist for the Monroe #1 Board of Cooperative Educational Services in the Rochester, New York area.

His decades in education have taught him a most important aspect about learning, to enjoy it.Believing that play can be a sophisticated way of learning, Brian has been creating and promoting Math and Inventor’s Playshops teaching both students and educators the power of learning through creative computing. Of particular interest lately has been the DIY phenomenon and the use of Arduino prototyping platform for creating interesting interactive objects and solving problems.

Brian was also a NYSCATE Board Director and has helped plan, organize and coordinate numerous conferences and events, including a Constructivist Celebration at the National Museum of Play.