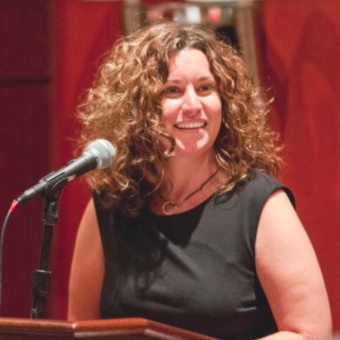 Kate Shuster is originally from New Mexico. In high school, college, and graduate school she participated actively in intercollegiate policy debate as a competitor, coach and educator – in 1996, she was only the second woman to win the college national debate championship. For the next 20 years, she traveled the world building debate programs across the United States and in dozens of countries, training thousands of teachers, writing ten books and teaching at several universities. This spurred her lifelong interest to think critically about effective pedagogy, how it is measured, and who gets to decide what counts as evidence.

Kate is the director of the Hard History Project, which works with archives and historical sites that collect and tell stories about race, racism, slavery, and settler colonialism, often with digital technology. The Hard History Project helps these entities tell stories and get their materials into K-12 classrooms. The Hard History Project has been attached to multiple NEH, IMLS and NHPRC grants with projects in places including New Orleans, Massachusetts, Delaware, New York, and Washington, D.C. As part of this work, she became the Educational Director for Freedom on the Move, the world’s largest archive of fugitive slave advertisements.

She managed the Teaching Hard History initiative for the Southern Poverty Law Center’s Teaching Tolerance project and led an interdisciplinary team that created the world’s first K-12 framework for teaching the twin histories of slavery and settler colonialism in what is currently known as the United States. As part of this effort, she produced several short films and the Teaching Hard History podcast, which has more than a million downloads.

Kate is also one of the founders of the Center for Antiracist Education, a project of Stand for Children. She is their Director of Curriculum and Evaluation. 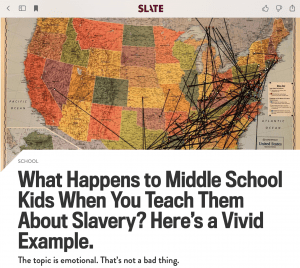