We have wanted Schuyler St. Leger join the CMK faculty since he was eleven years old! 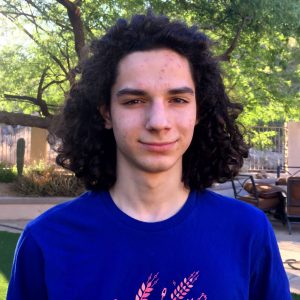 St. Leger enjoys designing and making things as well as taking apart nearly everything to understand the details of how they work. He shows his projects at various maker events worldwide. Schuyler is a member a FIRST Robotics Competition (FRC) team, Team Caution Robotics 1492 and has been the team captain for both the 2017 and 2018 seasons while also

Throwback photo from a 2011 issue of Make

leading the programming team. He is also a long-standing member of HeatSync Labs, metro Phoenix’s hackerspace.

The video that started it all!