Imagine If These Were Your Teachers

Constructing Modern Knowledge, now in its 9th year, has a proven track record of providing opportunities for working educators to be in the company of their heroes, experts, and thought leaders. (see our Hall of Fame). Our remarkable faculty supports your project work while guest speakers don’t just make a PowerPoint presentation and disappear, they spend time with CMK participants over meals, conversation, or project work.

Constructing Modern Knowledge is not a conference where you “sit and git.” Educators are active learners. 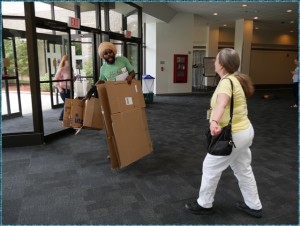 Molly to the rescue!

Rather than spend days listening to a series of speakers, CMK 2016 is about action. Attendees work on personally meaningful projects and interact with educational experts concerned with maximizing the potential of each learner. While our outstanding faculty is comprised of educational pioneers, bestselling authors and inventors of innovative educational technologies, the real power of Constructing Modern Knowledge emerges from the collaborative project development of participants.

Knowledge is the consequence of experience. Such understanding is socially constructed by joining a community of practice where one makes the conscious decision to emulate the behavior of the masters engaged in similar pursuits. No other professional learning event offers modern educators greater access to expertise. You can learn with these experts at CMK 2016! Register today! 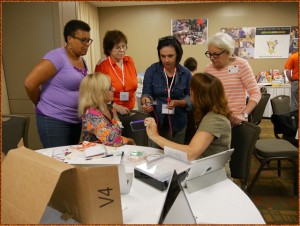 In 1967, CMK Senior Fellow Cynthia Solomon was one of the three inventors of Logo, the first computer programming language for children. She was also responsible for developing many of the metaphors teachers use to help children understand computing. Her many accomplishments led to Dr. Solomon being given the 2016 Pioneer Award by the National Center for Women and Information Technology. 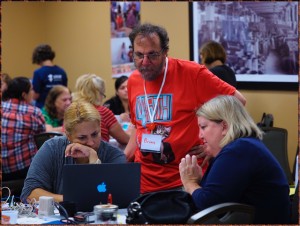 Since the 1970s, Brian Silverman has played a major role in the development of dozens of programmable environments for learners at Logo Computer Systems, The Playful Invention Company, and LEGO. Brian has played a major role in the creation of Apple/IBM/Atari Logo, LogoWriter, MicroWorlds, the PICO Cricket, LEGO TC Logo, Turtle Art, and Scratch. He is perhaps the most accomplished learner one will ever meet with expertise in mathematics, electronics, computer science, artificial intelligence, aerospace, and art.

Co-author of Invent to Learn – Making, Tinkering, and Engineering in the Classroom 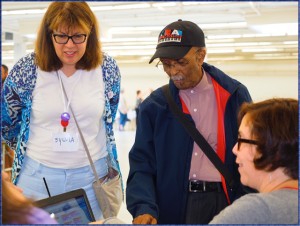 A veteran of aerospace, educational software, and video game industries, Sylvia is the President of Constructing Modern Knowledge and Constructing Modern Knowledge Press. She is the co-author, along with CMK founder Dr. Gary Stager, of the book, Invent To Learn – Making, Tinkering, and Engineering in the Classroom. Prior to her role at the helm of CMK’s publishing and professional learning activities, Sylvia was President of Generation YES, a non-profit dedicated to student empowerment and leadership. She is in great demand as a speaker on Making and Gender & S.T.E.M. 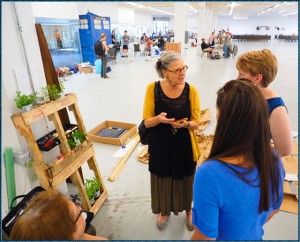 Dr. Ackermann is an expert on the intersection of play, design, and learning. She worked closely with three of the past century’s most prominent learning theorists: Jean Piaget, Seymour Papert, and Ernst Von Glaserfeld. Edith brings the eye of an artist, the mind of a scientist, and the grace of a dancer to the work of CMK. She is an invaluable addition to our team.

Authors and experts in creating productive contexts for learning 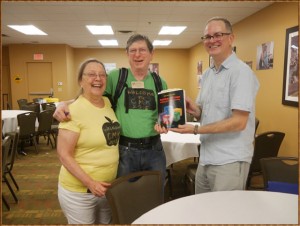 Dr. Daniel Lynn Watt has a Ph.D. in engineering and was a researcher on the seminal Brookline Project, one of the early studies demonstrating the efficacy of learning with computers in schools. Dan’s mid-1980s book, “Learning with Logo,” was translated into many languages and sold more than 100,000 copies nearly thirty years ago. Dan and Molly were international stars on the educational technology circuit in the 1980s and led the Logo Institutes which are a major inspiration for CMK. Molly is a veteran educator with a remarkable gift for creating and sustaining productive contexts for learning. Together, they authored one of the best books ever written about teaching computer programming to children, “Teaching with Logo: Building Blocks for Learning.” 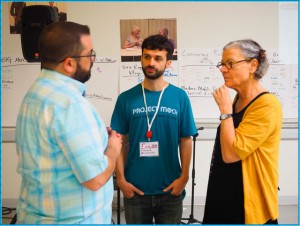 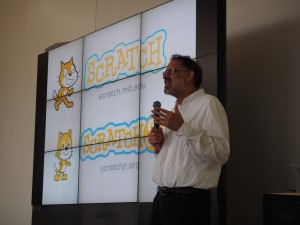 Dr. Resnick is the creator of Scratch and the Director of the MIT Media Lab’s Lifelong Kindergarten research group. He was also a designer of the first programmable LEGO construction sets and serves on the Board of LEGO. Dr. Resnick is a winner of the 2011 Harold W. McGraw Jr. Prize in Education and was listed as one of the 100 most creative people in Business by Fast Company. He will host the 2016 CMK reception at the MIT Media Lab. 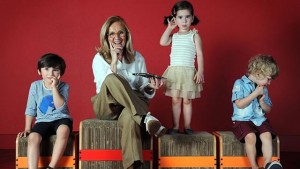 Professor Carla Rinaldi is a world leader in education for children in the early years. She has been the President of Reggio Children since 2007 and is the first President of the Reggio Children – Loris Malaguzzi Centre Foundation. Carla is also a Professor in the Faculty of Education at the University of Modena and Reggio Emilia and worked side-by-side with Loris Malaguzzi, the founder of the Reggio Emilia Approach, from 1970 until his death in 1994 in the municipal infant toddler and preschool system of Reggio Emilia, where she was the first pedagogical coordinator. 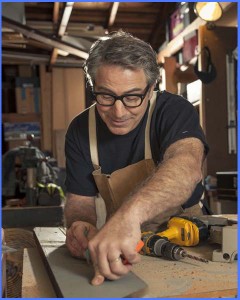 Paul DiMeo while best known as the carpenter with attitude on ABC Television’s two-time Emmy winning Extreme Makeover: Home Edition, is also an established actor, a man’s man and the first to cry on his hit show. He is currently the host of Building Wild on the National Geographic Channel, now in its second season. He has performed on television, off-broadway, built theatre sets, renovated Aaron Burr’s brownstone, and was the lead designer of Major League Baseball’s fan cave in New York City. Paul represents one of our favorite kinds of CMK guest speakers, wildly successful adults working in careers that their high school guidance counselors could never have imagined. 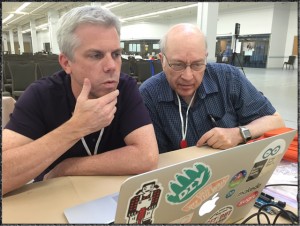 Faculty and speakers subject to change.